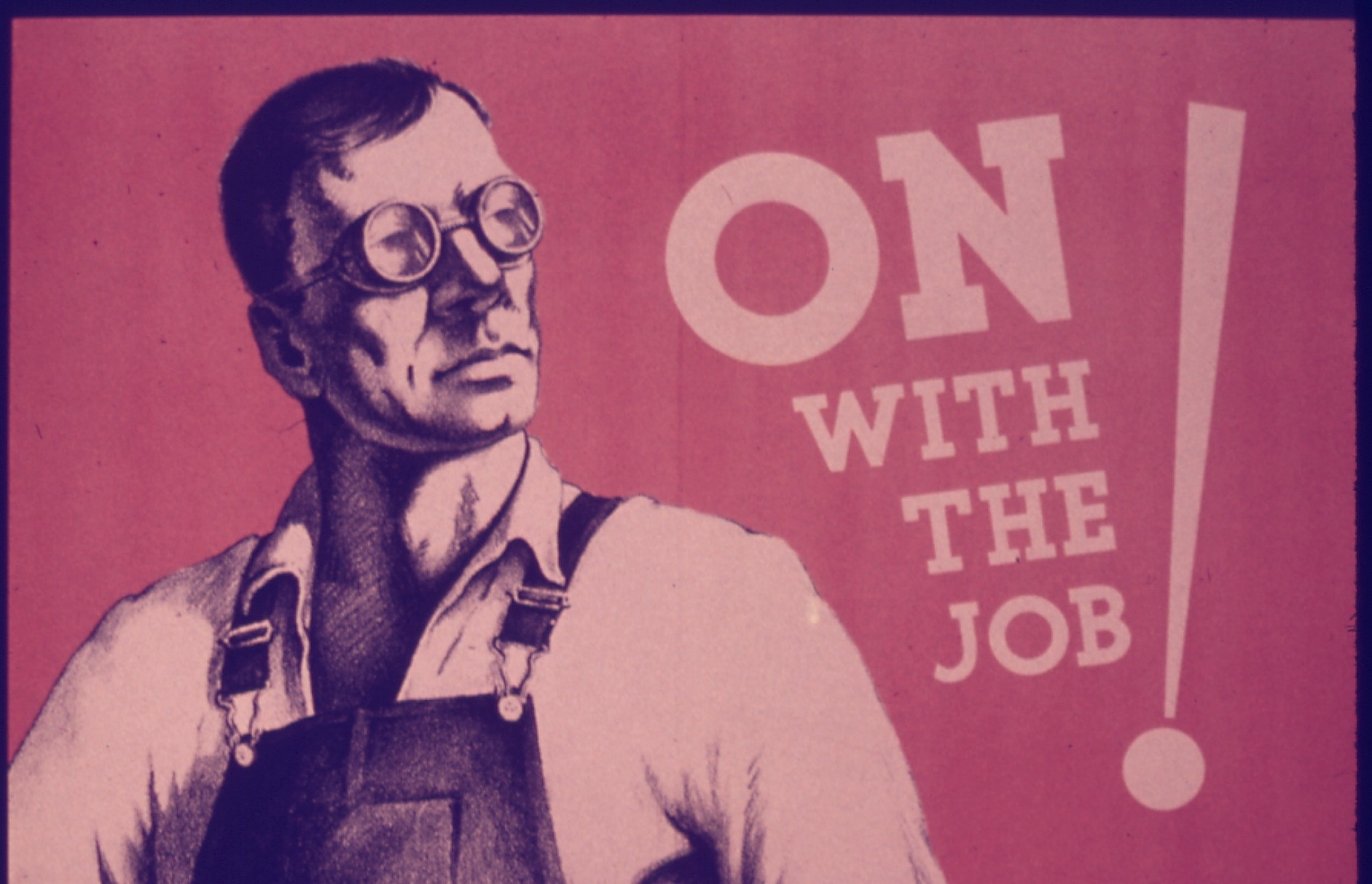 After almost *exactly* eight years I'm leaving the lovely interconnect/it for new pastures. It's all been a bit surreal.

If this year hadn't been surreal enough, I have also managed to chance upon an interesting new job, go through a full recruitment process, and get that job - all without leaving my house. The first time I go back to the office of interconnect/it after lockdown will be with my little cardboard box to take home eight years worth of stuff. I'll have a few days after new year where I will literally between jobs. Then I will start the new job. Again without leaving my house, or physically meeting my new colleagues.

So, what is the new job? Well, starting in 2021, I will be a Senior Interaction Designer at the Department for Environment, Food and Rural Affairs (DEFRA). It's all quite exciting.

I wasn't looking for a new job. Not really. But I can't deny that since turning 40 and having my operation, well, I've been feeling a little bit itchy. I won't call it a mid-life crisis, but I felt like I had questions for myself that I would quite like to answer.

The first is one that has been hovering over me for quite a while - "What the hell am I these days?"

I'm an old school web designer. I do design. I do front end. I dip my toe in the back end - admittedly to generally break things, but I try.

I've been more of a designer for quite a while now ... but what kind of designer? I've kind of done bits of it all. Web Designers did. UI, UX, IA, Content - all of it. But as the focus of everything in the industry gets sharpened I have felt myself falling into the crevices. A bit melodramatic, perhaps, but I certainly felt like my career was losing direction. I didn't know where I was going.

Then I saw the job.

I have to admit that my first thought was "WTF is an interaction designer? Do we really need another flipping job title?". Then I read the job description. If I was in a cartoon you would have seen a series of lightbulbs appearing above my head. In reality I probably just pulled a lot of "ooooh this is interesting" faces.

It's what the modern web should be about - the interaction of humans and processes. The web alone can't fix all of the problems. Deep down everyone in the industry knows this, but it doesn't really get spoken about. We're quite happy to do our little bit that skims the surface, hopefully making things a little easier. Often we know it's adding fancy packaging to a box of angry wasps.

I've always thought it would be nice to try and least calm some of those wasps you see in every project. I just didn't know what the job would be.

The other question I've asked of myself is "Can I still make a difference?".

I started my career in local government. We were a tiny team doing big things, at an exciting time for the web. We created stuff that made a tangible contribution to people's lives. I spent over nine years there. There a lots of things I don't miss ... but feeling like I was doing something properly useful was definitely something I do.

Don't get me wrong I've been doing interesting work, for interesting clients. I wanted to work in the Private Sector - in the real world - it was important for that to happen. And I've enjoyed it. A lot. But, ultimately, creating stuff where the end goal is to make money for someone else (at best) isn't where my heart is at.

I've had a nagging sense of unfinished business. I've missed doing things that have a bit more of a fundamental impact. Things that have a purpose other than cold hard cash. To create things where accessibility isn't an added feature that nobody asked for.

I always had a feeling I'd be back. I left local government just as the GDS was getting started. I loved what they were doing then. I love what they have achieved since. The world of the Civil Service is different now. More accepting of 'geeks in jeans' and I'm really looking forward to being able to utilise the frameworks and tools that GDS have built over the past decade.

The Department itself was also a huge factor in my decision. They have interests in the fundamentals of our daily life. The air we breathe, the food we eat, the land we live on - it's an extensive list of important things. Important to everyone in the country - and to me on a personal level. To have an opportunity, no matter how small, to have an impact on those aspects of peoples daily lives is properly exciting.

Another question I've been asking myself is 'Am I pushing myself?'.

Over the past few years I have worked hard to produce systems, frameworks and patterns that we can reuse for our core clients in the publishing industry.

Which has been really successful. But, truth be told, it has led to the bulk of my work becoming a bit repetitive. I stopped having to use certain design muscles and I'm already aware of the spectre of middle-aged flab. I was starting to feel like I was on a bit of a slippery slope.

It's just another nagging feeling adding to that itch. I could easily just settle into it ... but I feel like I've still got the energy to push myself further. Especially with my new found bodily freedom.

This Interaction Designer role just seemed to hit a sweet spot of all the things I could ask for. If I hadn't at least tried I would have been kicking myself for years. I'm really looking forward to getting started.

But I'm really, genuinely sad to be leaving interconnect. To put it lightly they're just a lovely bunch of people. They're not just colleagues, but proper friends.

At the time moving there was a big step. Not just for me, but for the company too. I was the first full-time designer. I trusted them. They have trusted me. I think it worked out pretty well.

Basically, they are dead boss and I will miss them.

As I write, it is 306 days since I was last in the office. One of the saddest things out of all of this is that I will have seen very few of them in person for the best part of a whole year!

It has been a crazy year.