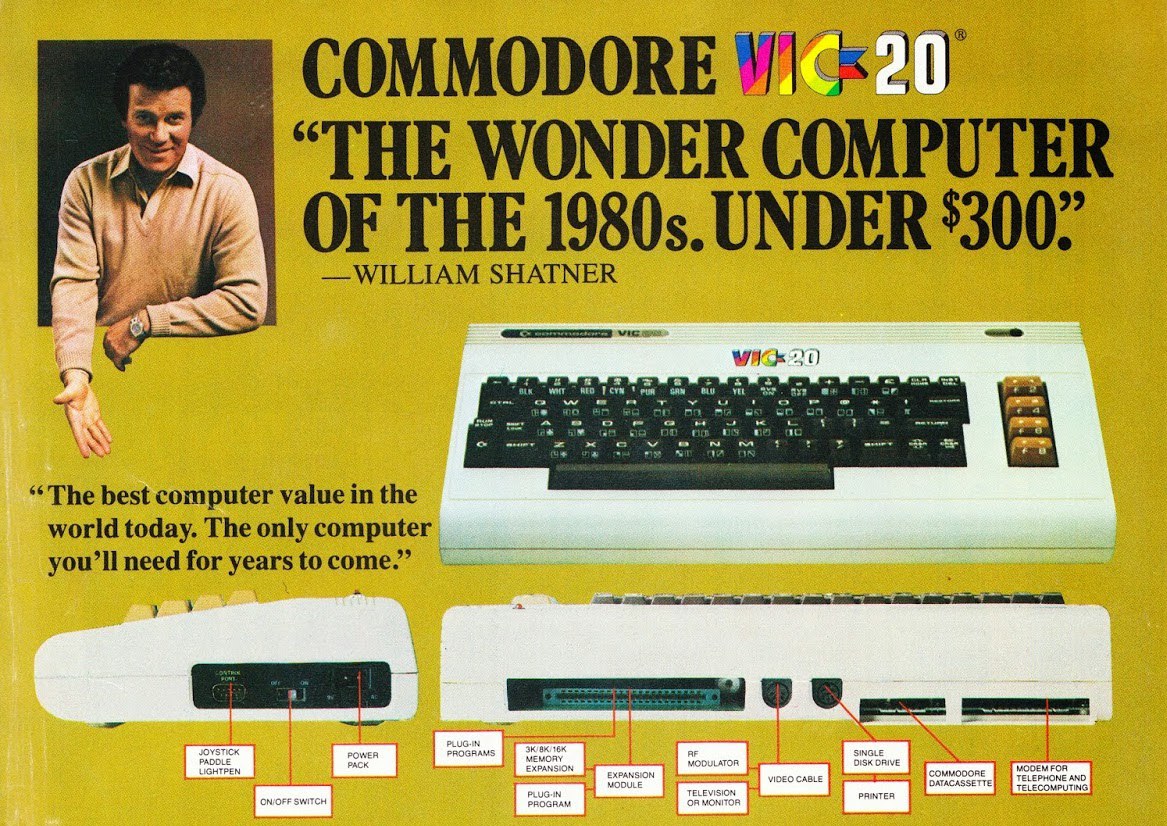 The short version of how I ended up 'doing something with computers' for a living.

My Mum and Dad bought a Commodore Vic20 when I was about four or five years old. It is something I have been forever grateful for, it set everything in motion – I have always wanted to do something with computers.

Next came the Sinclair Spectrum +2a, the Amiga 600, then numerous PCs. That timeline was always interspersed with a with a console here and there, games have always been a part of my computer life, but more often than not I just loved fiddling about with computers.

Copying out lines of BASIC from a book, drawing Lambourghini Diablos in Deluxe Paint, making noises with OctaMED, retouching photos in PaintShop Pro, making music with Acid Pro, sticking a random bit of PCB board into one of the mysterious slots of the Spectrum to see what would happen (it blows the PSU apparently), and many other gloriously pointless hours I have invested in doing something with computers over the years.

At school I enjoyed art, I really enjoyed design technology, but I wanted to do something with computers. So for my A Levels I chose Computing, Geography and Business Studies(!? – I wish I could go back and have a word with myself).

I was plugging away through my A levels when in 1997 I discovered this thing called the internet. For a couple of quid I could go to a local college and get online for an hour. I saved sites to floppy disk, took them home and dissected how they worked on my ropey 386 or 486.

I toddled off to university to do a degree in something called Applied Computer Technology. A course that saw us learning the mathematics behind mechanical engineering in the first year. Along with electronics, Visual Basic, C++, network topology and infrastructure, 3d modelling, computer games and Lord knows what else. I still knew I wanted to do something with computers, but alas all that the awful, awful course succeeded in doing was showing me what I didn’t want to do with computers.

But there was always the web. I loved the web. It allowed me to do all that tinkering, fiddling, and all that lovely doing something with computers. I discovered I actually had more visual nouse than I thought I did. That love of art, design and creation came to the fore.

Bar a couple of stints behind the counter at HMV, and four glorious months play testing games at Sony Liverpool I have always worked with the web. My one and only career has been the web. I’ve not transferred from something else, I haven’t trained in something else and moved over, I am purely someone who has spent their entire adult building things for the web.

The web was the something with computers that I always wanted to do.