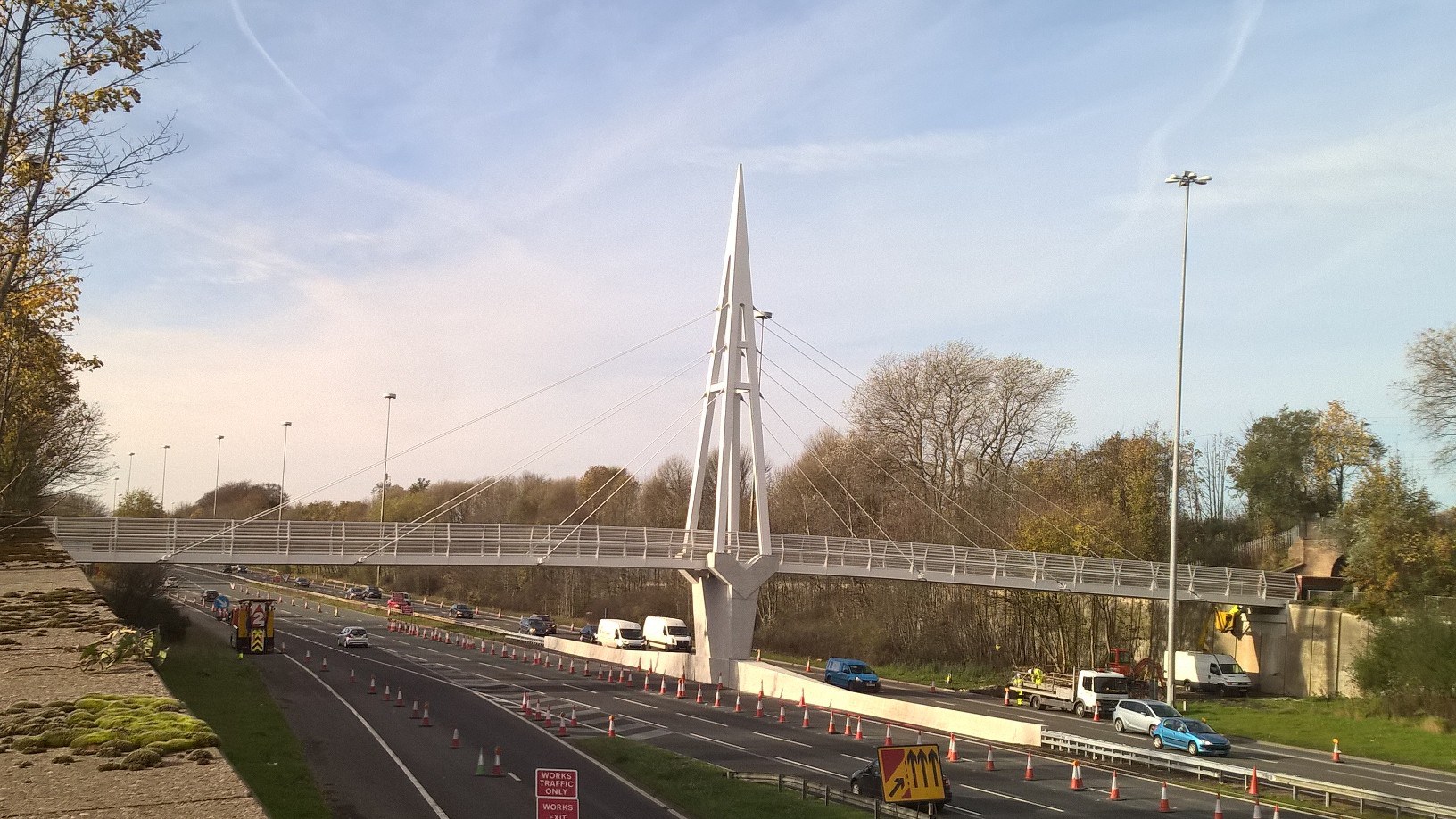 So what will be left of my life's work. Not a lot, truth be told.

Note from 2020 me: Well this is poignant. My father-in-law sadly passed away just over a month ago (not from the Virus). We will always be able to drive to IKEA under the replacement for the Sausage Bridge and say "that's Grandad's bridge". My grandkids will not be saying anything similar.

I was traveling in the car to work this morning, giving my father-in-law a lift in the process. This isn’t unusual; it happens a couple of times a week. Normally the chat revolves around football, and the various trials and tribulations of being a blue (him) or red (me).

If not football, work is generally the topic. He’s an engineer and designs bridges, motorway gantries, bypasses and that sort of interesting stuff. He had a hand, in some capacity, with the Lowry Bridge in Salford among other things. If I hadn’t been a bit of maths dunce it’s a career I would have seriously considered.

This morning he was talking about sifting through boxes that had arrived from their archives. There were photos he had taken from the late 80s of jobs he had worked on – things like motorway widening schemes and bridge projects in the middle east. Apparently they were checking to see if all this stuff could be thrown away. He said that it had felt like he was throwing part of his life away.

That got me thinking about the web as a profession.

There’s the fact that there are boxes and boxes of archives for a start. I’ve been working at the same place for something approaching 8 years. I’ve had to move office four times in the last few years. I’ve been able to fit all my stuff into maybe two bags for life. When I say stuff I’m talking about crap really, not stuff that is useful for my day-to-day job, or the projects I’ve worked on, just rubbish that clutters up space. And boxes for various Apple products.

All my work lives in a 15” aluminium block. Admittedly it’s a particularly lovely hunk of aluminium, but that’s not the point. I’ve also (when I remember to do it) got another smaller plastic box as my back up drive. If these were thrown into an archive for a couple of decades I have serious doubts on how much stuff would be recoverable.

And that’s just the research side of things – what about the finished product?

I said to him “at least your finished product will be around for a while, it only takes a press of a button and mine can be gone forever”.

OK, that’s a slight over statement of the situation, but it’s not a million miles from the truth. Certainly, if I think about it, probably 90% of the projects I’ve ever worked on in my career either don’t exist anymore, or are at least so changed and altered as to be unrecognisable from the original. In a lot of cases this is probably for the best, but it’s a sobering thought.

It’s an issue highlighted by the recent BBC cutbacks and their decision to ‘delete’ 172 websites. Or when Geocities was closed.

Even by the time my 2 year old daughter is old enough to care most of the work I am working on now will be gone. Never mind when it’s time for me shuffle off this mortal coil.

I’m not trying to be morbid, nor am I highlighting the onset of an early mid-life crisis, it’s just something that struck a chord. How do we as an industry leave a mark on the archives of time when we work so exclusively digitally?